www.kamenica.org.rs > PROJECTS FOR CHILDREN AND THE YOUNG > Park For All 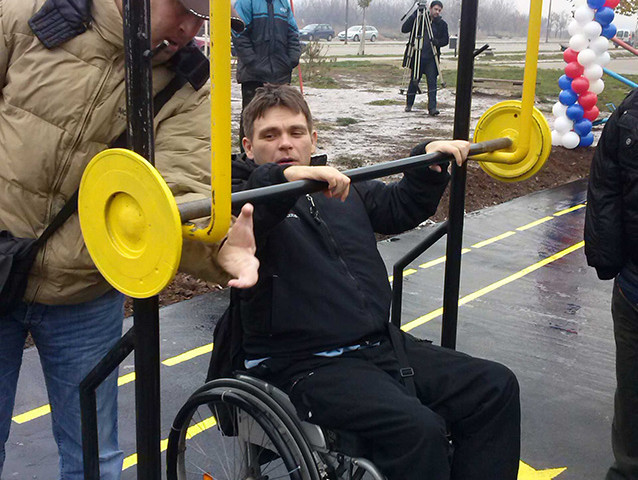 The project strives to improve the life quality of the sensitive social groups by creating the innovative and inclusive content to promote sport and healthy lifestyle.
The idea of an outdoor gym is not new. According to the availabile statistic data from the other countries, outdoor gyms are marked as “practic and useful” by the users themselves. Probably the best description was given by a poor London citizen “…this is the best way to spend the taxpayer money…”. Unfortunately, even when it comes to constructing the objects of this importance, sloppiness of the realizators creates the architectural elements and exercising equipment unusable for use to a large group of citizens.
The idea of „Park for all“ is new, particularly the parks whose inclusive elements satisfy the needs of all the citizens. The park looks like all the other outdoor gyms, but is designed as a result of many learned lessons in the construction of similar objects in the west.
The park has no architectural barriers. It has the devices which enable the appropriate physical rehabilitation and exercise of the sensitive social groups. It has 7 exercise devices made of metal and bolted to the ground, made of parts that cannot be broken or hurt the users when used normally. The park is in the pleasant environment, surrounded by decorative seedlings, benches and a mini billboard with suggestions for device using.
The park makes sports content available to the large group of children and the young, who are incapable of paying gym memberships due to a bad economic situation. Specifically, with its innovation, it contributes to inclusion and decrease of isolation/increasing the activity of the user group (PWD, the old and recovalescents).
In the goal to gather a larger user group, we positioned the park in the vicinity of the larger user number – the newly formed Somborska boulevard, near the block „Somborska centar“ with the future 7000 people living there.
In every of its segments, the park promotes sport and healthy lifestyle, contributing to the improvement of users general state.
Since its opening in November 2013, the Park has justified its name in a short notice, becoming the hotspot of many organizations that strive to promote sport, PWD rights and more… Its contents, as the neighbors say, are used by a group of hooligans (15-16 young men) which were feared by them during the construction (this group often breaks benches, sets containers on fire and flip them in the nearby boulevard).
Due to coeval violence escalation, a strategy for the safety of the young was symbolically announced in the park, February 2014. by the state secretary of the ministry of youth and sports/RS.
A donor to the park is Naftna idustrija Srbije/NIS a.d. Novi Sad, through the program of cooperative giving through the program “Cooperation for Development” and “Together to the Community” and a group of local businesses.
By awarding the mathing grant, the project was supported by the American agency for international development USAID through the program „Citizen society for the future“ which is realized by  Trag foundation in partnership with the Institute for sustainable communities ISC. 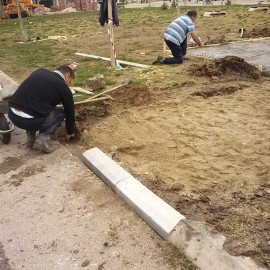 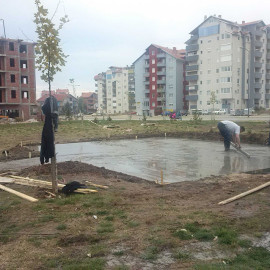 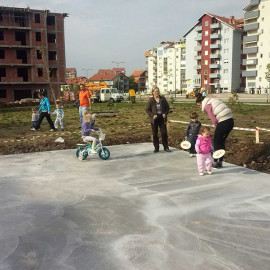 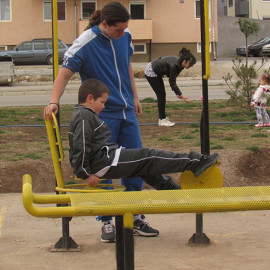 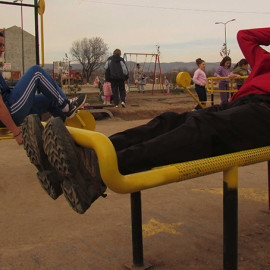 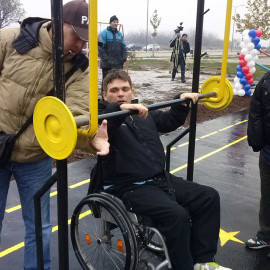 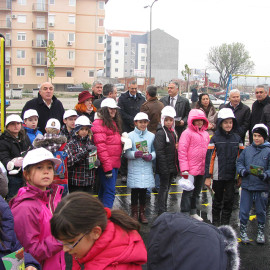 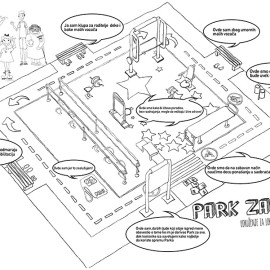 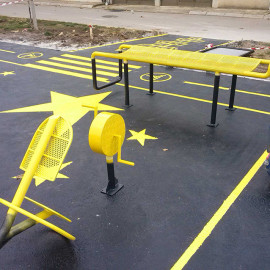 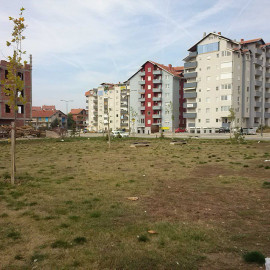 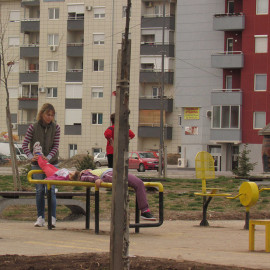 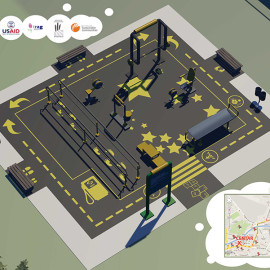 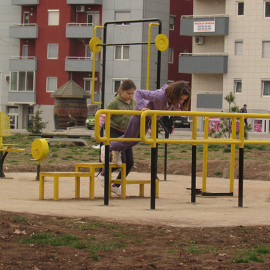 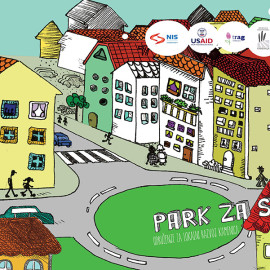 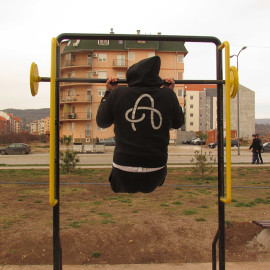 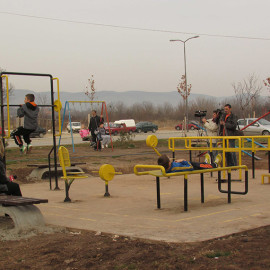 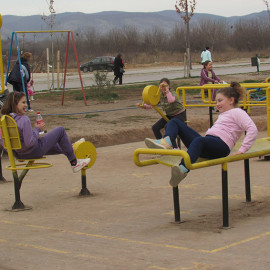 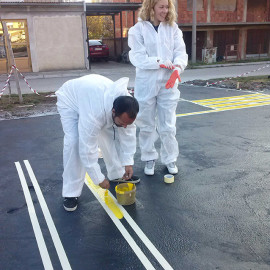 Our promo video, narrated by the young paraolimpic swimmer Nemanja Tadić, promotes the construction of the park. The video is done in an interesting combination of hand-done animation, 3D computer animation, recordings made with a regular and underwater camera. The video can be found here: