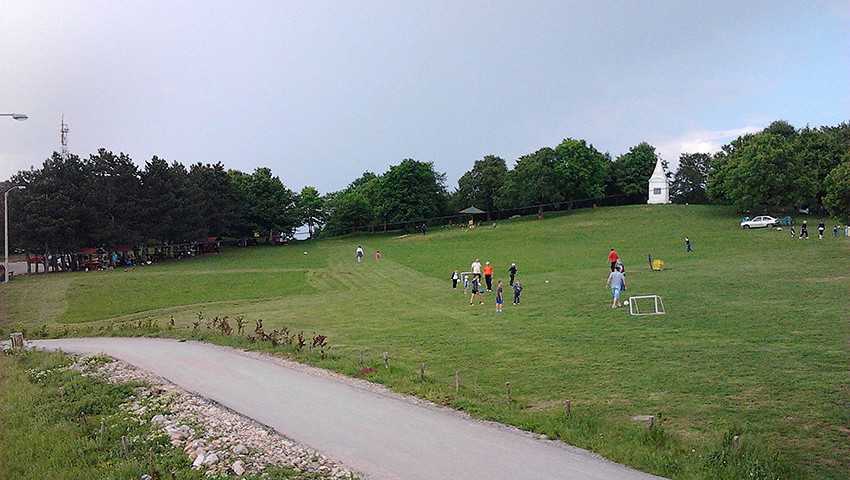 Within the primary touristic offer development project in our local community, thanks to the donation of the administration of agriculture and development of Nis, a watchtower was bulit on „Kamenički vis“ picnic site.  The watchtower has a telescope, and is on the altitude of 820 m, on the spot that has the most beautiful view of Nis and the whole Nis basin.
Kamenički vis was in a horrible state before the project. Once a favorite picnic site for the people from Nis was forgotten during wars and crisis. Back then, the 14 km from the city center was an ultimate obstacle.
Right after the realization of the project, many more actions were made by the municipality of Pantelej. Thanks to the development projects “Kamenički vis” has once again become the favorite picnic destination of the people from Nis.
Kamenički vis today is a modern, restored and a equipped picnic site with garbage disposal system, gathering many people, guests in the hunters restaurant, once a year gathers thousands of young people on the festival “Beck’stvo u prirodu”.
During the “hit picnic season” and festivals, there is an organized bus line to the site.